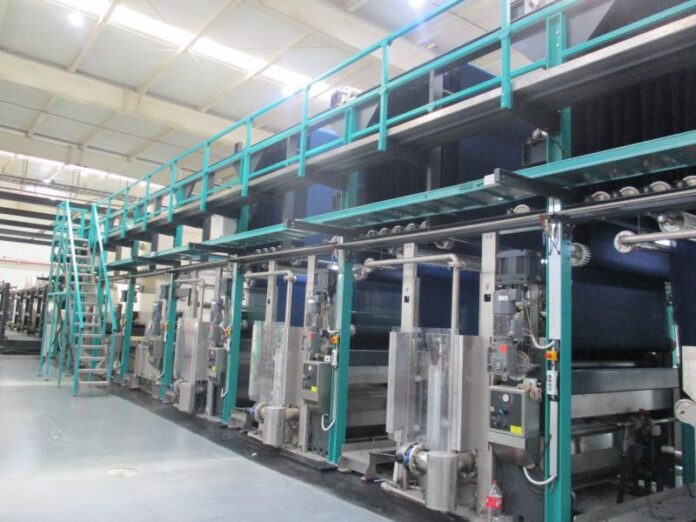 KARL MAYER has placed its first PRODYE®-S on the Argentinian market. The premiere unit for indigo dyeing went to ENOD S.A., based in La Rioja. It is part of an investment project with which the company of the national CLADD group has expanded its existing plant with a new 10,000 m2 warehouse and built a new production hall for weaving. The project is of overarching scope. The expenditure, worth 36 million dollars, has created around 330 direct jobs and set a sign.

ENOD is one of the companies that did not get discouraged by the economic policies during the short four-year interregnum of Mauricio Macri. As recently as 2019, the Ministry of Production recommended that domestic textile producers relocate their manufacturing to Vietnam and China and re-import the goods produced under their own brand. ENOD has stayed. The manufacturer took risks and invested.

The importance of his expansion step is shown by the prominent line-up of speakers during the celebrations for the inauguration of the new operating units. President Alberto Fernández was among those who attended the event on June 30, 2022.

Latest technology for growth and independence
ENOD’s new weaving mill was created by investing in a property of the ARISCO factory recovered from the provincial government. In addition to the capacities for the production of woven garment fabrics, it includes an indigo dyeing plant. The plant technology required for denim warp preparation was ordered from KARL MAYER. The renowned textile machinery manufacturer supplied a PROSIZE® sizing machine and its PRODYE-S® indigo dyeing machine to La Rioja. The two bestsellers in the denim sector convinced with their excellent price-performance ratio. “We are pleased to be able to contribute with our technology to the market expansion of our customer and to the strengthening of the national economy,” said Stefano Agazzi, the denim specialist of the KARL MAYER Group. With the new state-of-the-art capacities, denim can be produced in the country itself, so it no longer has to be imported. The 102 weaving machines are expected to produce 1.4 million m of fabric per month, and 1 million m of fabric will be dyed in the dyeing plant. /1/

About CLADD
The CLADD Group comprises eight industrial companies and has the largest production capacities in Argentina. Its business areas include all stages of textile manufacturing – from spinning and fabric production to finishing, including printing and dyeing. The dyeing plant alone dyes approximately 2.7 million kg of fabric per month. CLADD has been in the textile business for more than 44 years. The group’s strengths are delivery in record time and meeting the highest market demands.