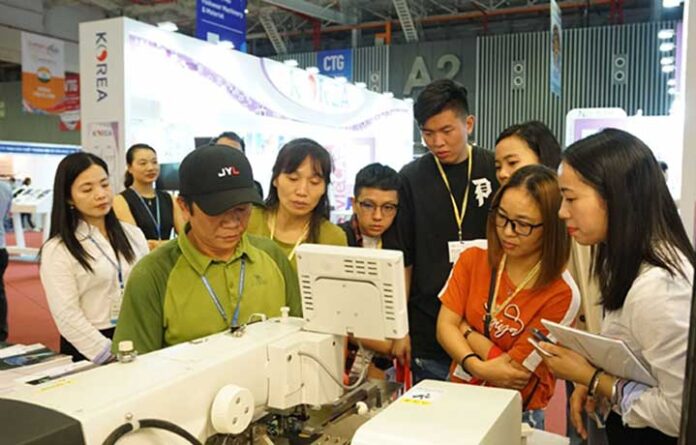 The 20th Vietnam Int’l Textile & Garment Industry (VTG) exhibition officially opened at the Sài Gòn Exhibition and Convention Centre (SECC) in HCM City’s District 7 and will run from September 21 to 24.

The 20th Vietnam Int’l Textile & Garment Industry (VTG) exhibition officially opened at the Sài Gòn Exhibition and Convention Centre (SECC) in HCM City’s District 7 and will run from September 21 to 24.

The four-day exhibition attracts the participation of more than 200 domestic and overseas businesses from 15 countries and territories worldwide. 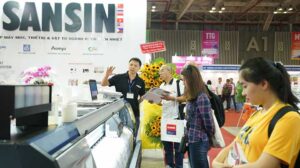 It provides an ideal opportunity for Vietnamese textile and garment manufacturers to gain access to advanced technologies and the latest market information, and connect with leading enterprises globally.

Since 2001, VTG has been deeply involved in Việt Nam’s textile and garment industry, bringing groundbreaking technologies and leading machinery to the local market.

VTG is also a bridge between local and international industry players in the post-pandemic period.

Việt Nam plays an increasingly large role in the world’s textile and garment value chain, with garment products exported to over 180 countries and territories. Major garment makers are continuing to explore expansion and production opportunities in the country. 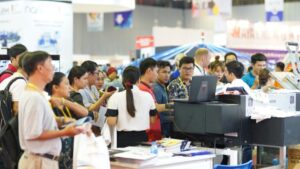 According to statistics from the Việt Nam Textile and Apparel Association (VITAS), the export of textile and garment products totaled US$22.3 billion in the first six months of the year, an increase of 17 per cent compared to the same period last year.

VTG is held by the VINEXAD National Trade Fair and Advertising JSC under the Ministry of Industry and Trade in coordination with Yorkers Trade and Marketing Service Co. Ltd.

A series of seminars will be held within the framework of the exhibition, during which speakers will share their expertise.